Placement of the first five granite monuments honoring the legacy of the Americal Division during its three eras of activation as a U.S. Army infantry division is complete. The final two monuments from the initial order of five were placed in mid-2019 and late 2020.

The fourth monument was placed at the National Museum of the Vietnam War, located in Mineral Wells, Texas. Installation was complete in April 2019.

National Museum of the Vietnam War

Our fifth monument from the initial order was placed in September 2020 at the Long Island National Cemetery in Farmingdale, NY. 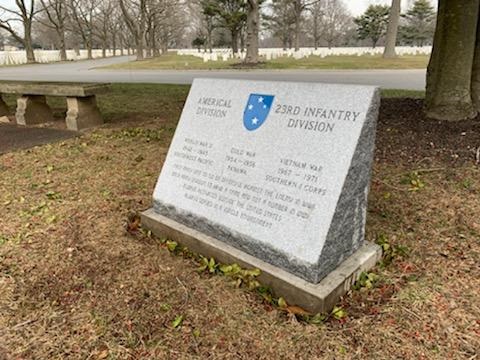 The Foundation placed an order for five additional monuments in August 2018 in anticipation of more placement approvals at national VA cemeteries. Of the five monuments constructed per the second order, two have been placed.

The first monument from the second order was placed at Rock Island National Cemetery in Rock Island, Illinois in November 2020. 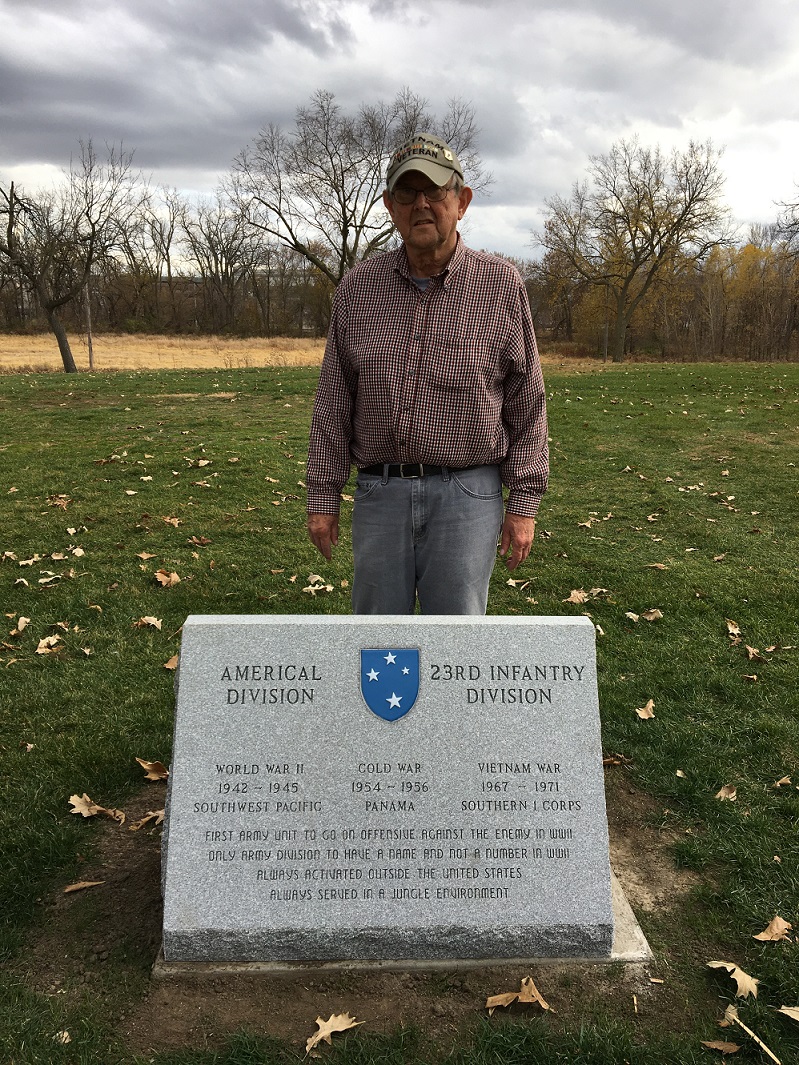 The second monument from this order was placed at the Arkansas State Veterans Cemetery in North Little Rock, Arkansas in April 2021. 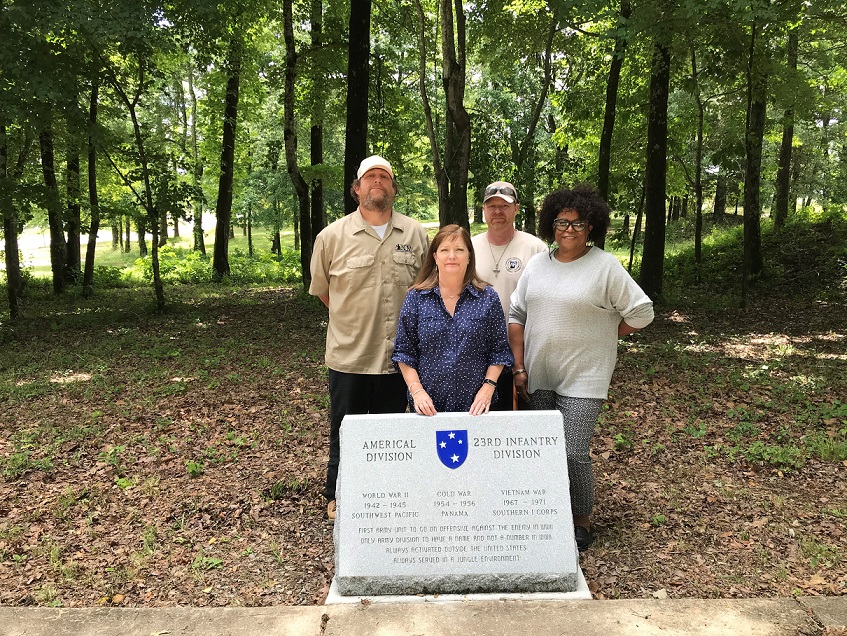 The Foundation is currently working with VA cemeteries in the states of Pennsylvania, Minnesota and Illinois on proposals to place an Americal Division monument. Other VA cemetery sites are under consideration at this time for placement proposals.

Construction is now complete on five granite monuments honoring the legacy of the Americal Division during its three eras of activation as a U.S. Army infantry division. The final design concept was conceptually different that the original intent, due primarily to difficulties achieving the intricate design cut into the granite for the Americal Division crest.

Our foremost project is placement of monuments at national VA cemeteries and state veterans cemeteries throughout the country. We have entered a contract with Keith Monument Company out of Elizabethtown, Kentucky to have five monuments designed and constructed specifically to meet standard construction requirements per the VA document. Expected completion date for these five memorials is early fall 2017. 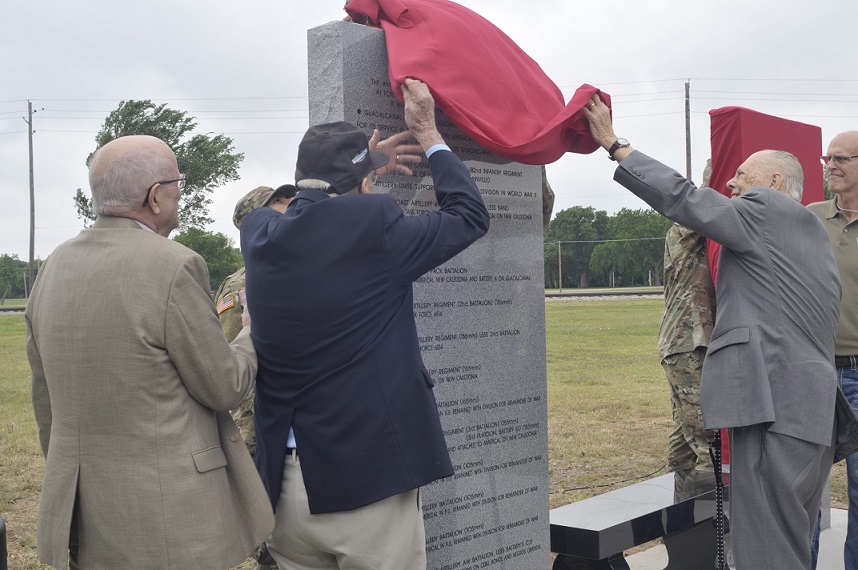 The Americal Artillery Monument dedication ceremony was conducted on May 10th. What a tremendous success the event turned out to be. Nearly one hundred and fifty individuals turned out, including Americal Division veterans and ADVA members, along with many spouses and family members. Soldiers and staff of Fort Sill’s 1/14th Artillery Battalion were on hand to support the ceremony along with members of the Fort Sill’s 77th Army band.

The dedication date is confirmed for Wednesday, May 10th. The ceremony will be a one day event, scheduled to begin at 10:30am.   The  monument is at Constitution Park immediately adjacent to the Artillery Museum at Ft. Sill.  Other planned activities that day are tour of the post artillery museum and lunch at one of the post’s mess halls. 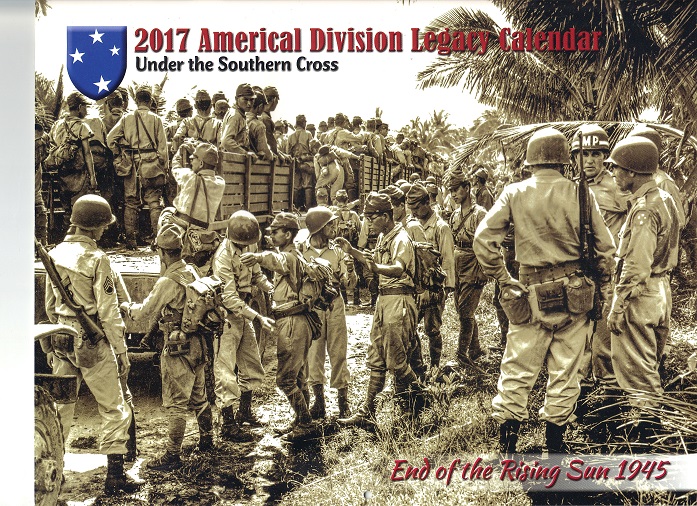 The 2017 Americal Legacy Foundation Calendar delivered to members of the Americal Division Veterans Association in December 2016.  Additional copies are avalable through the Store on this website.

Larger views of all images can be seen in our Gallery